Kila, the Magic Husky's Ham Radio College shall eventually be renamed to something such as 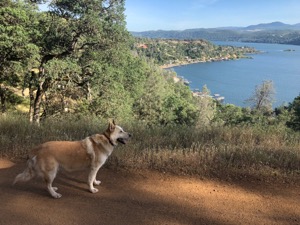 Let's say you've been given the privilege of producing a show on KPFZ and you need to learn how to do it. This document attempts a first approximation of a few of the technical things you'll need to learn in order to accomplish that. It isn't comprehensive, just a first stab.

KPFZ is licensed as a nonprofit radio station. That means that we don't charge money for advertisements per se, but we do ask for donations. Most importantly, as a producer or announcer, you cannot sell any products on the air. You can tell people about local businesses you've frequented, but you CANNOT accept any gifts from them of any kind which anybody might conceivably imagine may be connected to your advocacy or mention of them.

Since we're in the United States, you cannot cuss on the radio. This means you cannot say or allow to be said on the radio words or phrases considered by the FCC to be Obscene or Indecent or Profane (whatever that means).

If you require more detailed guidance on this issue, there are seven English-language words that American comedian George Carlin first listed in 1972 in his monologue "Seven Words You Can Never Say on Television". The words are: shit, piss, fuck, cunt, cocksucker, motherfucker, and tits. If you need further guidance than this, consult the Station Production Manager.

Here is a brief list of what you see above, beginning on the left.

More about the main mixing board

On the main board, as previously mentioned, there are 18 sliding potentiometers, hereinafter referred to as pots, which control the amount of audio of each of 18 different sources or channels. Below each pot are 2 buttons, the red one is a shortcut for turning it off and the yellow or white one is a shortcut for turning it back on, if you used the red button to turn it off. So that means that in order for -say, for example- the micrphone in front of your face to be the source of noise going out over the air, you must move the MIC1 pot up to somewhere around the top 25% of its available movement. It isn't important exactly where it is because this station uses an audio processor to adjust the audio so it is not too loud.

If you pull one of those pots all the way down, you'll notice a click or "detent" and -if you're wearing the headphones plugged into the mixing board, you'll hear ONLY that channel and NO OTHER while any pot is pulled all the way down into it's clicked position, even as other content is transmitted. This is called, "Cue-ing". It allows you to hear what's happening on the specified channel even as something else is playing on the air. This is the mechanism you use for "cuing up" sources. That is, making sure that the song is only just about to start and that you're satisfied that it's the right level and position in the recording.

To the right of the VU meters are a bunch of buttons (also to be left alone) and 3 knobs. One controls the volume of the ambient monitor in the room, one controls the sound in your headphones (and also the headphones of whoever is sitting at the table behind the console in front of you) and the third I can't remember what it does). Remember that whenever you adjust the volume knob of your headphones, it'll change the volume going to the headphones of everybody sitting at that table in front of you. They also have volume knobs, but if they turn theirs all the way up, then their volume is whatever you set yours to. So make yours a little on the loud side for their sakes.

The audio sources, from left to right, are:

Steps for producing a show at KPFZ